Our amazing contributors for the second annual Helensburgh Brick Fair brought a crowd of over 600 across the weekend, earning over $4000 for the Helensburgh Lions Club. This show was a huge success and we look forward to exhibiting at Helensburgh again in 2022. Like and subscribe to our Facebook page for details.

The North Sydney Brick Fair was also very successful and a venue we like to come back to time and again. With a large display space, we offer over 100 builds from club members and guests. There were many new creations to see. Our builders are always creating new models, so our shows are always fresh.

With over 1600 visitors over the two-day event, we are happy to announce that “Everything was awesome” and there were lots of smiling people. More Brick Fairs will be held in North Sydney. You can like and subscribe to our latest news and events. 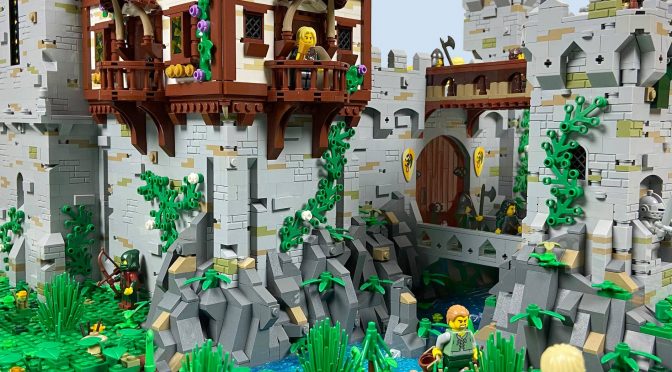 SydLug announces that our beloved brick-built shows will resume in a Covid safe environment in 2021.
The first show in our super stellar line-up is the North Sydney Brick Fair on 17-18 April, 2021. To be held at Home HQ, 1 Frederick Street, Artarmon 2064 from 10am-4pm Saturday and Sunday.
Buy tickets now 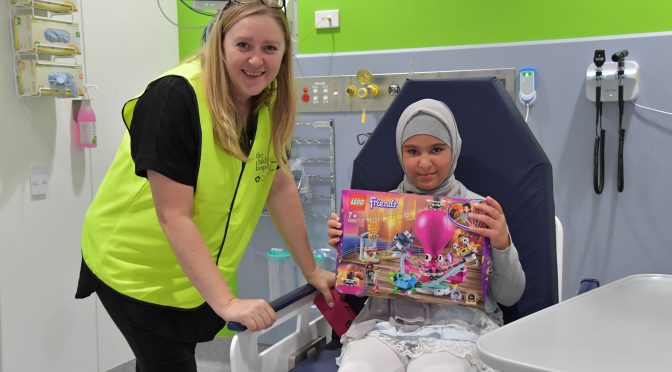 Westmead Children’s Hospital was the recipient of a donation of new Lego in February thanks to SydLug in conjunction with Fairy Bricks. Enjoy the Lego Kids. And hope you are well enough to see you at a show soon!

We thank everyone for supporting our shows. Your support means we can give more to the community. 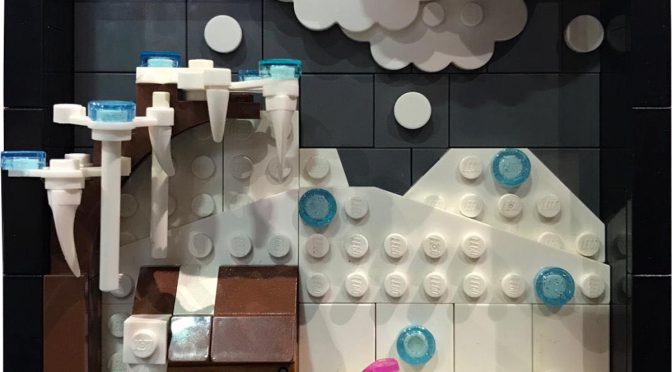 Members of SydLug were very pleased to exhibit at Oz Comic Con Pop Up event on the weekend of 7 – 8 March 2021. Connecting with their own pop culture passions and enjoying two days of socialising with like-minded fans they were part of the immersive experience that only a Comic Con can deliver.

SydLug members often make the fusion between their love of pop culture references in their brick-builds.

Over the summer holiday period SydLUG has had time to take a breath and reflect on the amazing achievements of our group during 2019. The year was a busy one, full of public displays of all kinds.

This resulted in over 95,000 people seeing SydLUG’s creations and the incredible amount of over $107,000 being raised for schools, charities and other Not-For-Profit organisations.

2020 is off to a good start for the LUG with two public displays having already taken place. On January 14, SydLUG put on a small display as part of the school holiday activities at Guildford Library, continuing a successful partnership with Cumberland Libraries and expanding to a branch that we had not previously visited. More library events are planned for later in the year, showcasing the skills of the LUG’s members while attracting visitors to an important and valuable community resource centre.

On January 16, SydLUG was involved in a Family Building Challenge for Springwood Anglican Churches in the Blue Mountains. This was a new event for the group, where we provided displays and judges for the build competitions. It proved to be a fantastic day of family friendly fun for the local community.

Members of SydLUG also attended Australia’s largest LEGO fan event, Brickvention, in Melbourne. We were very proud to announce that a medieval castle collaboration by three of our builders – Rod, Gavin and Josh – picked up three awards at the event including People’s Choice and Sponsor’s Choice.

SydLUG’s final events for 2019 have taken place bringing to an end an extremely busy year for the group.

The LUG once again featured at the Kingsgrove Bunnings Christmas Family Night, held this year on Thursday, December 5th. The event is popular with locals and has a celebratory vibe with activities including music, kid’s crafts, magic show and jumping castle. MOC highlights presented by the LUG included a winter Christmas village and Minecraft-inspired Christmas tree. SydLUG will return for more events with Bunnings in the new year.

The LUG was pleased to see out the year with a final fundraising event on Sunday, December 8th. The inaugural Hornsby Shire Brick Fair was held to raise much needed funds for charity Ronald McDonald House. MOC highlights included a Ghostbusters Stay Puft maxifig, Batcave, squash courts and road train.

Held at a squash centre, other activities included squash demos, an outdoor inflatable squash court, BBQ and cake stall. The hope is for the event to return in 2020.

Returning to the St George Brick Fair for the fourth year, members of SydLUG were happy to help raise funds for Hurstville South Public School. Over 20 members displayed on Sunday, November 3, with the debut showing of a Star Wars themed Hoth base and a cluster of medieval buildings. Visitors to the show were also able to get a sneak peek of SydLUG’s collaborative build projects for 2020 – apartments and a new minifig habitat structure.

SydLUG went on to do two first time public displays in November, the first being at the Yarrawarrah Public School 50th anniversary fete on Saturday 16. The second was the Thornleigh West Public School Movie Night held on Saturday November 23. In addition to providing displays SydLUG members judged the children’s building competition.

The year isn’t over for SydLUG yet, with a couple more public shows to see out 2019, including the Hornsby Shire Brick Fair on December 8, raising money for a very worthy cause, Ronald McDonald House.

As we near the end of the year SydLUG continues to be busy showcasing their brick building expertise. On the 10thof October members provided a school holiday display at Merrylands Library making this the third Cumberland Libraries event for the year. SydLUG is proud to support the library service and will return in 2020 for more events in the Cumberland Council area.

October 19thsaw SydLUG return to the Oatley Lions Village Festival for the second year. The public support and interest in our hobby was evident with a great local building competition taking place between two local schools, and being judged by the local MP, David Coleman.

The month drew to a spooky close with a display at the Kingsgrove Bunnings Halloween Family Night on October 31st. Over 100 families were in attendance, including dozens of children in Halloween costumes. The SydLUG display featured a zombie attack, Halloween Vignettes and a brick full of spiders. It was scarily fun! SydLUG will return to Bunnings for the Christmas Family Night on December 5th.

Spring for SydLUG started with a 2 day pop-culture event at the University of Sydney.

Following was Ryde Brick Fair on September 15th being held for its 2nd year.

The event was again well supported by its local community with 30 entries in the kids building competition and attracting over 2000 attendees with all funds raised going to Ryde East Public School P&C.

Featuring over 100 MOCs from detailed dioramas to mosaics to unique mash-ups to scale model vehicles, it was a weekend of great family entertainment to start off the school holidays.

This event was only possible with the generous support of Crossroads Homemaker Centre and we thank them for this opportunity.